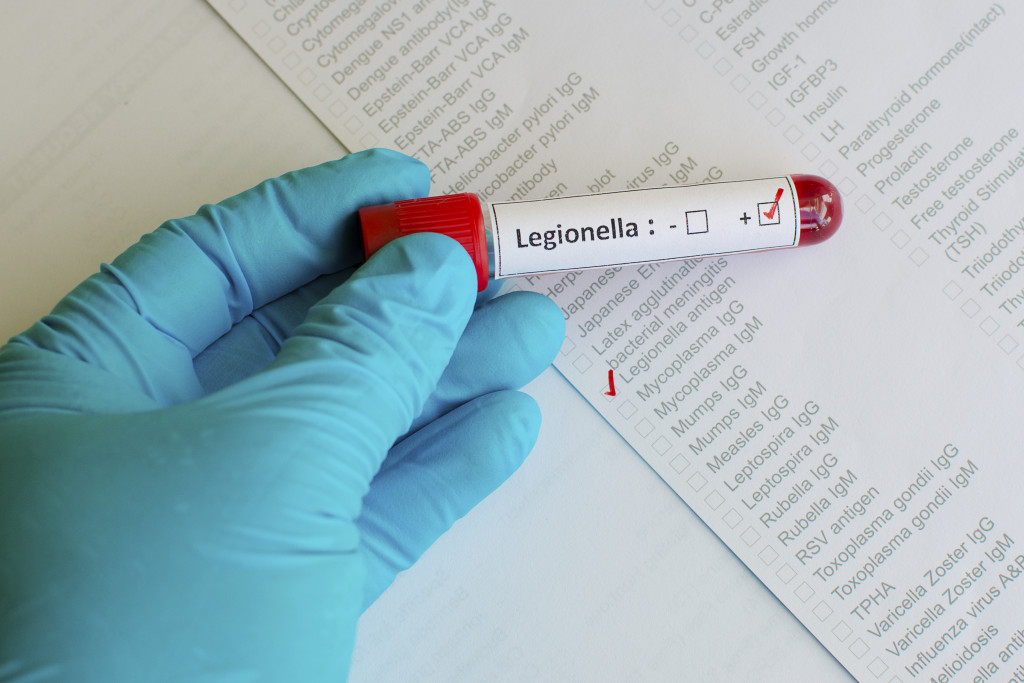 Outbreaks of Legionnaires’ disease in the U.S. are on the rise. Many of these cases have been linked to small systems such as fountains, water walls and whirlpools found in hospitals, long-term care facilities, hotels and apartment buildings. The good news is there are some fairly non-invasive preventative solutions.

What is Legionnaires Disease?

Legionnaires’ disease is a type of pneumonia caused by the legionella bacteria. Unlike other pneumococcal bacterial contagions that are spread person-to-person, legionella is found in water, particularly warm water, and is spread through steam and mist.

The first documented case of the disease took place in Philadelphia in 1876, largely among attendees at a convention of the American Legion, leading to its name.

It was later determined that the source of the legionella bacterium was the hotel’s cooling tower and was spread through the hotel via the air conditioning system.

An estimated 8,000 to 18,000 hospitalized cases of Legionnaires’ disease occurs each year in the United States. Those most at risk of becoming seriously ill are people over the age of 50, smokers, people with chronic lung disease of those with weakened immune systems.

Some of the most common symptoms, such as shortness of breath, cough and severe fatigue, are also associated with pneumonia. According to the Centers for Disease Control (CDC), legionella bacteria are one of the most frequent causes of waterborne disease among people in the United States.

Once contracted, Legionnaires’ disease is treated with commonly available antibiotics. While the CDC reports that most people recover from the disease, between 5% to 30% die.

Here’s a great video on the topic from our friends at OBG.

The Problem with Post-Outbreak Solutions

Some of the disinfection methods that have been used to control legionella in facility water systems include thermal eradication, hyperchlorination, copper–silver ionization, and point-of-use (POU) filters. These methods, however, have some shortcomings:

Copper-Silver Ionization
* While shown to be an effective disinfection method, legionella bacteria can develop a resistance to copper and silver ions

Because here’s the thing: legionella bacteria are waterborne. That means if there is an outbreak, everything needs to be disinfected – water storage, plumbing, etc.

Compounding the problem is the fact that even with regular cleaning and testing, it is still possible for legionella to accumulate.

That’s because reseeding of the legionella bacteria can occur if even only a few of the microorganisms survive the disinfection treatment or if there is soil contamination in breaks or leaks in the water line.

With the reality of reseeding, and the increase in outbreaks of waterborne illnesses, perhaps it is time to address legionella in a more proactive manner.

Here are three proactive methods for controlling legionella that have shown to be highly effective. Each of these stand-alone methods are designed to be implemented by an onsite facilities manager or staff engineer.

This process involves chlorinating water and in some applications forming monochloramines. Continually injecting chlorine or monochloramines into a hot water system has been shown to provide a lasting residual disinfectant that is effective in controlling legionella contamination.

Injected into incoming water, chlorine dioxide kills bacteria by penetrating and killing biofilms and the legionella bacteria that they help produce.

This non-invasive, cost-effective, environmentally friendly method requires no chemical injection into the water supply. By emitting UV light into the water, the DNA of the legionella bacteria are disrupted, rendering them sterile and unable to reproduce.

Across the country, outbreaks of Legionnaires’ disease are becoming far too common. And while treatable with antibiotics, far too many of those infected end up dying from the disease.

The current methods that address the control of legionella contagion post-outbreak have not shown to be consistently effective. The good news is that there are other non-invasive, cost-effective methods for controlling legionella before it has the chance to spread.

If you’re interested in methods to prevent Legionnaires’ disease in your facility, click on the button below for a free quote.